Ministry and Community in a Digital Age 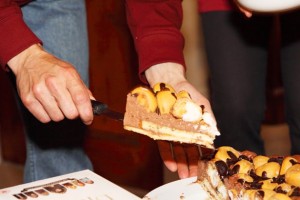 For those of you who have come to know me over the years, I take such things rather personally. I’ve been actively online since 1994 and from the beginning I became a part of a variety of emerging online communities. Over the last twenty years, a number of the people I’ve met online have gone out of their way to meet me face-to-face and I’ve done the same thing. Many have shared the joys of marriage, the birth of children and grandchildren, as well as many other normal joys found in our lives. Quite a few have also shared the sorrow of losing a spouse, a parent, and/or a beloved friend. In many cases, I’ve stayed in touch with these people online much more readily than my own family.

I should pause and mention I’m doing better at staying in touch with my family now that they’ve become more active online. When I talk to my older brother and try and update him on what’s going in my life, he tells me one of his children has already shared some of it with him because of my Facebook updates.

Now that we have these connections established, let’s talk about cake and community in the digital age. A number of months back, I was sitting in front of my computer screen when a post popped up by one of my parishioners.* She said that she was in need of a cat carrier and wondered if anyone might have one they’d be willing to loan her. I immediately responded that I had one and would be happy to bring it to her. She sent me a message and asked when I could bring it. I replied, “Is now okay?”

She agreed and my wife and I drove to her home. It’s not a long drive since she only lives half a mile away. When we arrived, I noticed she did not seem to be feeling well and openly wondered why she was still in town as she normally leaves the area for a warmer climate during the winter months. She then shared with my wife and me some physical problems that had arisen. This particular ailment was keeping her at home for the most part and she wanted the cat carrier as she was getting a kitty to keep her company.

As we talked, I mentioned that I found it providential to have come across her post on Facebook, as I would not have known otherwise. In fact, I most likely would have made that fatal ministerial error of assumption. That is, until otherwise alerted, I would have assumed everything was all right. After mentioning Facebook, this wonderful lady then said the most marvelous thing, “I’ve found Facebook to be full of spiritual people.”

She then proceeded to talk about a number of faith conversations she would have online and then shared a rather surprising and engaging story with me. (First, I must preface this by saying a few things. One, this lady of whom I am speaking is in her mid to late 80s; two, she is an early adopter; and three, I pastor two churches a little over five miles apart. The importance of the last will become clearer as I go on.)

Her story began by mentioning a number of conversations she’d had with a lady who attends the other church I pastor. The friend from the other church is in her late 50s or early 60s and, like the one battling illness, is also single. She then proceeded to talk about how they had begun to develop a really good friendship. In fact, one day when she wasn’t feeling quite well her online and face-to-face neighbor stopped by and they had cake. If I’m remembering right, they had a two-hour conversation concerning the difficulties of living the single life.

This may not seem like much to some of you but for these two ladies it was a very meaningful experience. I also found it to be a very powerful story for a number of reasons. As someone who pastors two churches, it has been my experience that people in separate congregations often do not spend much time together even when the churches share a pastor. Second, these are two people many would think are not in the “internet demographic.” People, especially ministers, often think that the digital age is the domain of the young but that’s just not true. It is a place where two grown women have used social media to do just that…. be social! There is so much people of all ages could learn from them.

In reflecting back on this story, I can see how God’s prevenient grace is at work. Yes, lots of coincidences could have occurred but I see someone powerful behind it all. I just happened to be on Facebook at the right moment for this to come across my feed and this person just happened to have a story to share with me showing something very powerful about social media. Yes, I believe the Spirit will guide us into divine encounters through online engagement when we are open to such things.

In these moments, I get to see a piece of community built between two people who may not have the opportunity to interact without this medium we call the internet. Two people who found it easier to begin faith discussions online and they let this carry over into real life.

I hope you will share this blog with all of your friends. If you’re a part of a church, I hope you’re using this medium to the best of your ability and continue to do so.

*Both of these church members have given me permission to share this story but I’ve left out their names to give them a bit of privacy. Those who live in the area will know who they are and that’s what matters the most.

4 Responses to You Can Have Facebook and Eat Cake Too