I would like to apologize for not having this last blog post in this series up sooner. Unfortunately, life seems to get in the way. Since I’ve arrived back from GenCon, I’ve had church meetings to attend, ministerial alliance meetings, a workshop with my Board of Ordained Ministry, and also having to deal with some difficult situations with my father and his continued battle against cancer. All the kind prayers and wonderful thoughts have been amazing and I would appreciate more of them whenever you have time.

Now, on to my experience of the Dark Dungeons Movie. My friends and I arrived about half an hour early for the movie and line was already rather long. We learned rather quickly that the movie had been sold out so all four of us were very thankful we pre-purchased our tickets. While waiting in line, I also had some fun conversations with a few people and became increasingly aware that many of them were coming to see this movie due to their experiences of the “moral panic” of the 1980s which I described in my first blog post on this topic.

The Movie. The production values were wonderful. Character costumes looked great, special effects used were nice, and the acting did not come across as cheesy. They obviously had actors who knew what they were doing and it was quite a bit of fun.

The movie was as true to the original subject matter as possible. Since it was based off a rather small gospel tract from the 1980s, there did have to be quite a few changes to keep it from being too short. One of the major changes is the main characters are no longer in High School and living at home. Instead, they are two Christians who are starting their first semester in college who come across as rather naïve. There were a few other plot elements dealing with the “coven” that, while not in the original tract, were written in such a way as to be in the spirit of it. Mainly, it seems, the coven of evil is portrayed as being part of a vast, worldwide conspiracy to bring about world domination and the coming of some type of demonic deity, which looks a lot like Cthulhu. Jack Chick is notorious for his conspiracy theories concerning the Roman Catholic Church and Freemasonry so I felt this was very appropriate.

One area that really impressed me was how they took panels from the tract and made them into screens shots within the movie. You could tell the writer, director, and camera people had really done their research. I’d highly recommend stopping by their site and picking up a copy of the movie.

The Q&A. After the movie ended, there was an extended Q&A with the writer, director, and religious advisor to the movie. While all of it was really good, I’d like to discuss the religious advisor. His name is Chris Ode who serves as a pastor within the Evangelical Lutheran Church in America. Chris was very straight forward in pointing out the movie was not meant to be a satire but did say something along the lines of, “It may not be satire but if you understand the definition of irony you just might get it.” 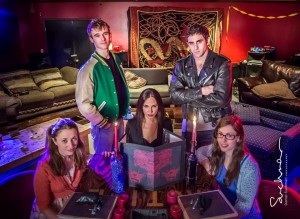 One of the areas of irony that I noticed rather quickly  was how the RPG’ers were portrayed as the “cool kids” in the movie. Anyone who grew up playing these types of games in the 80s and 90s would quickly realize how ironic they were being. Those of us who played these games during those eras know we weren’t considered “cool” by any means. 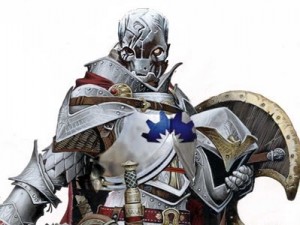 Chris went on to explain his own background with roleplaying games. He played quite a bit in seminary (which gave him bonus points from my perspective) and even shared how his party once ran a game with nothing but clerics. His description of a warforged cleric who advocated liberation theology caused me to stand up and shout, “Yes!” At that point, I think some people realized another preacher was in the room. 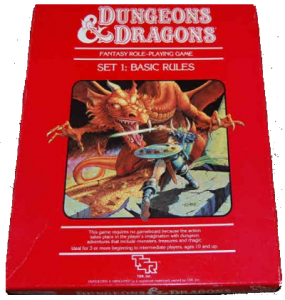 One last note about Chris: When I later spoke with him at the Faith & Gaming panel which with both took part in along with Frank Mentzer (the author of the D&D Red Box set from the 1980s), he mentioned how important it was for the movie to not make fun of Christians. Personally, I believe they did a very fine job.

The Worries. After the movie and over the course of the next few days, I found myself talking with older game designers who expressed worry that this movie might be used by people who wished to once again attack roleplaying games. As I told them, if someone uses this movie to attack RPG’s then they can’t be too bright.

The movie is so over the top that no person in their right mind would think such things are going to happen. If someone watches this movie and believes they’re going to be invited into a coven and find “the real power” then they should seek the help of a mental health professional. However, if you’re a gamer (Christian or note), I think you would have great fun sitting down and watching the movie.

Personally, I’m hoping to have a geek movie night at home where we can watch Zero Charisma and the Dark Dungeons Movie. Afterwards, maybe we can even play a few games while constantly yelling, “Where are the Cheetos?” and using phrases such as “I cast Magic Missile at the darkness.” I believe much laughter will ensue.

Final Thoughts. As someone who has found himself, later in life, catching some flak about my continued love of RPGs, fantasy, and many other facets of geek culture I realized this movie was a very cathartic experience. If something like this had been around during those times when I purged myself of D&D back in the early 90s, I think it would have shown me the ridiculousness of the claims being made during those years.

I also overheard a few conversations from people who had been metaphorically burnt by the church during those years and I think this movie was able to give them a sense of closure. More importantly, it was nice to see a person of faith directly involved in the production of the movie. I believe this is quite helpful for those who are wondering, after all these years, if the church has a place for them. The answer to that is, “Yes, yes we do. There are geeks a-plenty in these churches who would welcome and embrace you with open arms.”

It is my hope you’ve found this series of blogs interesting. Please feel free to let me know your thoughts about the blog, the movie, and anything else in the comments section below or stop by my pages on Facebook and feel free to start up a conversation.