A Modern Day Parable of the Sower 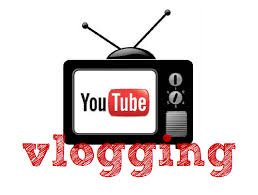 Jesus said, “Once there was a youtuber who scattered videos across the internet. One day he uploaded quite a few videos. Some of them were watched for a few minutes, and then people were distracted by other items in their news feed and all his hard work was lost amidst the chaos. So, the video blogger decided to specifically target his video to one or two specific social media sites and they were shared very quickly. However, while they received a lot of views early on, within a few weeks they were ignored because there were other, flashier LOL cat videos out now. And, so, the vlogger decided to try some of the more difficult places on the internet. Yes, he would put his videos in places where there was much controversy and see how they would do. Unfortunately, the videos did not do much better in these spots because all the trolls blasted them in the comments section. And so, finally, the blogger decided to specifically target these videos to those he knew would be interested in them. Instead of placing them everywhere, he said to himself, “I know these folks are the ones who are really interested so I am going to share with them.” Eventually, the videos grew over a period of months and years, and he found that he had 10,000 shares, a 1,000,000 shares, and then he realized his videos were going viral all over the world.”

This is what the story of the youtuber means. It is about God’s Kingdom being a reality hear on earth. When someone hears or sees God’s story and gets distracted by the chaotic noise of everything around them, the evil one has come and distracted them from the good stories which could have been placed in their hearts and minds. We all know people who share and watch videos online, and share them with their friends out of a sense of joy and laughter, but then they get distracted by the newest and best video which has come out and the original story is quickly forgotten. Others have found that when a story gets too controversial or it might identify them with a certain group of people or they just get attacked for sharing it, they decide to disengage very quickly. They’re worried about others opinions of what they say and do. They prefer people’s opinions of them over God’s story changing the lives of those around them. The one’s who hear God’s story and enjoy it are the ones who reshare it until a 10,000 people have seen it, 1,000,000 have viewed it, and then realize God’s story has gone viral all over the world.

2 Responses to A Modern Day Parable of the Sower