The Geekpreacher Week In Review 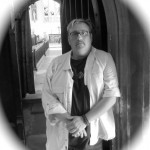 Recently, I’ve had a conversation with a colleague on how a minister spends their time. I’ve also had others ask me similar questions. So, how does a geekpreacher spend his week? Let’s take a look at last week and see.

Sunday. Two worship services. Also had some phone calls in the afternoon to make. For a Sunday, I have to say this was not as hectic as it could be.

Monday. I had interview work for my Board of Ministry due. I’d turned it in a week early but double checked it anyway. Also had a meeting at the office. Spent some time looking over mail. The amount of junk mail you receive at a local church is amazing. I sometimes wonder how much these “ministries” would save if they tried another form of marketing.

Tuesday. Brownsville District Clergy Meeting. I always enjoy attending these but sometimes it’s a bit of struggle to get my daughter off to school, come home and walk the dog, and make sure I’m ready to be at the meeting on time.

The meeting went well. Lots of challenges from the District Superintendent as well as the Bishop. Quite a few changes are coming along on how we should be handling things on the local level. There is an increased emphasis on the spiritual life of all of the leaders (not just the pastor!) in the church and I am glad to see it.

After the meeting, a number of us go have lunch together and see how each other is doing. There is some good conversation and it’s always nice to be updated on what is occurring in their lives and ministries. Of course, I end up staying later because one of my colleagues and I need to see about planning a meeting for yet another peer group! These groups are important but we keep finding it more and more difficult to coordinate our schedules. So, we just picked a date and hope our friends can make it. Hopefully we won’t have to reschedule again. These meetings are important for us.

As an aside, I should point out I am involved in three peer groups. One has been assigned by the Board of Ordained Ministry as I work my way through the ordination process. The second is one assigned to me by my District Superintendent. He has asked me to coordinate a study for UMC ministers in my county. (Very thankful one of the members of this group is going to help put together the next meeting.) The third group was one I was invited to by mistake. Yep, a mistake. I needed to speak with a friend one day and he said we could just talk “at the meeting.” I said, “What meeting?” He told me, “Wait, you’re not in the peer group?” I said, “What group?” I think he felt guilty about it so he invited me to the group. I must say it’s been one of the best mistakes ever. I’ve made friends with people I may never have met otherwise. (I’m looking at you, Will Cooper. You’re awesome)

Wednesday. Had an afternoon meeting which was canceled. That turned out to be a good thing since both children were home sick. This, of course, makes study difficult and even though one is fifteen she still wants a bit of attention when she’s not feeling well. I think I ran to the local pharmacy at least twice because I kept forgetting things.

Since it’s Wednesday, I had to make sure I was prepared for our study. We’ve been talking about the previous Sunday’s message and, while it may seem easy to talk about it, it’s not. Being willing to be critiqued for a message you’ve preached is never an easy thing. Also made sure to pick up some chicken since it was a “potluck night.”‘

Thursday. The four year old was still sick. So, I had to bundle him up to take the girl to High School. Somehow I think he wanted even more attention. 😉 Overall, though, it was a good day. It was nice spending time alone with him. He took a nap when we got back from dropping “Sissy” off at school and, I must admit, I napped with him. After he woke up, we ate a snack and about a few hours later he was down for a nap again. I know he must have been feeling bad because he doesn’t normally sleep that much.

We did have a nice time playing some Mario Brothers on the Nintendo emulator I own. It was really nice seeing him develop some hand-eye coordination. (That’s the excuse I’m giving the wife!) Thankfully, I was able to get in some reading time this day. I know I would have been in trouble this week if I had not outlined my sermons a few months in advance.

Since the little boy was feeling better by the end of the day, we picked up his sister from school and then drove over to Brownsville. My wife’s school was having games and snacks for the pre-k and kindergarten children from 5PM-7PM and she was required to attend. (I really get frustrated when people imply teachers only work from 7:30AM to 3:00 PM.) We met mommy and were able to share a meal at the local restaurant with just enough time for her to get back to school. I took the children to the games for a little while and was extremely happy with myself for having given the boy his bath in the afternoon. Plan ahead!

Of course, I did let him stay up a little bit later than normal so he could see his mom before he went to bed.

Friday. Friday is an interesting day for me. Most people look forward to it as the end of their week but I’ve spent years in the ministry as well as in retail and for me this is when things get busy. Instead of winding down, this is when I wind up!

I thought it would be a relaxing day where I could relax and finish my studying for Sunday’s sermon but I was wrong! It seems I’d forgotten I had a meeting with my ministry mentor in Jackson but, thankfully, my iPhone alarm went off 15 minutes before the meeting. The only problem is it is a 25 minute drive to Jackson! Thankfully, I was able to get in touch with my mentor and he wasn’t bothered about me being late. I’m normally pretty punctual and I really appreciate the grace he showed me at this time.

We had a great discussion and I must say he helped make me feel a bit more certain of myself as I will hopefully be called before the Board of Ordained Ministry in March. It’s been a long process in the United Methodist Church. If all goes well, I will have been in the ordination process for seven years and be ordained this June. (Seven is a pretty good number, right?)

Saturday. Snow. Snow. Snow. Plus, now I have “the crud” the children had been suffering with and it seems to have hit me full force. However, I know I’ve got to get out and check the churches. I drive to the “country church” to see how the roads look and I’m a bit worried about what will happen if the roads freeze over. I call my wife and tell her and, in her great wisdom, she calls one of the leaders in the congregation and asks her thoughts about Sunday services. My wife tells me they believe it will be fine and that makes me happy! Hate to have to miss services due to the weather.

I make it to the “city church” and see the sidewalks are covered pretty thickly in snow. I’m a bit worried about this knowing I feel like crud and don’t have any idea where the tools would be to clean it all off. So, I go in my office and look through my desk for a few numbers I might need to call. Before I can call anyone, I am distracted by MORE JUNK MAIL. I really think this stuff is a waste of money and time.

As I’m chunking it all in the trash, one of our great church workers comes in. This lady is awesome. She tells me she’s going to check the sidewalks and see what she can do. I tell her, “Let me know how I can help” and I get lost in sorting through some things on my desk. I eyeball a commentary or two wondering if I should pick them up. Before I know what’s happened, an hour has gone by so I decide to walk outside and see what’s up.

Every sidewalk has been cleaned! Amazing. Awesome. Awe inspiring. It just blows me away.

So, my week was busy and all this went on. I felt a bit overwhelmed at times and in the midst of it all a faithful, caring person comes by and takes care of the sidewalks. I know this may not seem like much but I have come to know this person. She works….she has grandchildren….she stays busy. Yet, when needed, she is always there.

And, suddenly, my week doesn’t seem as busy as it could have been.