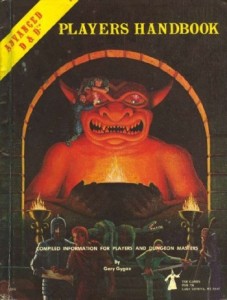 First, I must begin with my gaming bona fides. I’ve been gaming since I was a little kid and have watched the evolution of video games from blips on a screen to a full blown cinematic event. I have seen tabletop roleplaying games evolve from miniatures wargaming to a shared storytelling event and back to a form of miniatures gaming.  (As well as the interesting phenomena of seeing tabletop games try to emulate video games.)

In the midst of it all, I have constantly heard of an “old school revival” (some use the term Old School Renaissance but I’m using revival for obvious reasons) that is occurring among gamers. For those on the video game side of things, this has meant a return to playing Nintendo, SNES, and Sega games from the 80s and 90s while for those of us who enjoy tabletop games it has often meant a return to the roleplaying games of our youth.

In the middle of it all, we hear the term revival bandied about and it is often used to mean a resurgence in the selling, buying, and playing of these games. Christians use this term in a similar way. For many, this is a time when people will come to an increased devotion to their faith and its practices or they use it to express a time when there is a large increase in church attendance. (I have also seen the word used to describe a time when both of these should be happening concurrently.)

I, on the other hand, see “revival” in a very different way. It is about building communities of people that transcend the boundaries of age, race, gender, and/or economic background. Having traveled to, and spoken at, a variety of gaming conventions, I have encountered tabletop gamers involved in the “Old School Revival” bringing their spouses, children, and/or a number of friends to these conventions. They are also reigniting old friendships long forgotten and rebuilding relationships they had thought lost or broken. I have also seen new friendships formed and a great amount of interaction among people with wildly different tastes. It is really a heartwarming sight when you step back and watch it. It’s even better when you’re a part of it!

I have also seen something similar happen among video gamers. I have been to my FLGS and listened (yeah, guys, I do listen!) while video gamers stand around and talk about the “old” games. I’ve seen parents introduce their kids to the games they played when they were younger and I’ve watched the bonds between parent and child cement a little more each time. These games are transcending generations and this “revival” is building new communities of gamers.

For Christians, this should be especially true. If we want to experience an “old-fashioned Holy Spirit led revival” then we will begin building communities that accept people from all backgrounds. There will be an excitement and joy surrounding our interest in the faith which will help us pass it own to those who haven’t been around in some time. It will see us gathering at the strangest of times to sit down and share with one another and possibly roll some dice….errrr….fire up the Atari…..ahem…..I mean break out the Scriptures and pray for one another. This type of revival will see sins against God and neighbor forgiven, broken relationships restored, and old friendships renewed.

Oh, and guess what? This type of revival gets a bit messy so be ready to deal with it. Just as gamers will argue about what was the best video game system from back in the day (NOT Colecovision) and others will argue about what was the best tabletop RPG system (obviously Moldvay Basic D&D) so Christians will argue and disagree over various passages of the Bible as well as a variety of doctrines. The key to is that we’re still getting together, enjoying the arguments, having some Cheez Doodles and enjoying one another’s company. (And, for Christians, I’d add in the person and presence of Jesus.)

Now, go slay some orcs and goblins then grab your Bible and when you see me around let’s sit down and have a cold drink and recount all of our old school stories together.